I've been so flaming angry this week that I'm left with no other alternative means to 'vent my spleen' than to resurrect m'blog.

Wednesday was  one of those late summer days of gorgeous sunshine the type that unexpectedly lifts everyone's mood.We'd had a reasonably busy lunch for a midweek day this time of year and I just happened to glance out of the window to notice an elderly lady- arms under the shoulders of her slightly more infirm husband, attempting to heave him up from the rickety garden chair into a standing position..
To a seasoned pro like meself this looked like an absolute recipe for total disaster especially given the rather nice chilled bottle of Marlborough Sauvignon of which Sir had Im sure consumed the lions share during the leisurely lunch.
I dashed out to offer assistance by which time our subject had achieved an erect (no pun intended- further information later) position.
'Can I help at all?"
'Can you bring me the card doo-dah please? I'd like to settle my bill out here if I may?'
I thought I'd chance the card machine outside, sometimes the range isn't good enough for the far reaches of the garden but I was hoping they were near enough to the door to avoid any further unnecessary movement.
Our friend had managed to extract the card from his wallet by the time I'd returned and it was sitting ready atop the already proffered bill.
I picked it up and as I inserted  (we can all see where this is going) in the machine said:
'I'll just put this in here for you'
I was NOT prepared for our elderly gentleman's response..:

'THAT'S WHAT ALL THE GIRLS SAY'

His poor wife was MORTIFIED and glanced over at me worriedly to gauge my reaction before chastising him in a vey vey Margot Leadbetter voice:

'Gerry you can't say that!'

He grinned wickedly and winked at me as he replied:

Reader, at this point I could not hold back I burst out laughing and could not stop.. the sound carried across the fields and valley and villages and reverberated throughout the nearby hinterland.

His wife raised her eyebrows knowingly and apologised, 'no need' I say 'its ok'.
'Yes but everything is so very PC these days- the humour has gone'

As I walked away I was feeling a bit guilty that I'd laughed and that I wasn't offended.
Did that make me non PC too?

As usual I sought validation from the kitchen,
I related the tale and they all found the whole thing bloody hilarious (females too I hasten to add).
As chef said: THE DORTY OLD DUFFER..

Later that afternoon there was another blast from the past as I flicked through the morning's unopened mail and among the usual easy to spot suppliers bills and junk mail something stood out.
Being a lifelong stationary addict I spotted the pale blue tinge of the Basildon Bond envelope immediately.
My heart sank.
A handwritten letter only usually signifies one thing-a complainer who isn't yet au fait with current technology and hasn't worked out how to access the internet and discover the seething cesspit of detritus commonly known as TripAdvisor.
My spirits raised slightly- at least it's a private complaint-no airing of any dirty laundry in public for once.
On opening the envelope I was surprised and delighted to find that it was a JOB APPLICATION.
We'd been advertising for staff and I'd asked for a short cover letter just so I could sort the wheat from the chaff before setting up interviews.
I'd been going through CVs many of which don't even give an address and one which had responded to my request for a short cover letter with (I kid you not) a 5000 word memoir which I'd lost interest  in after around 500 words..it was like Groundhog Day.
So needless to say the handwritten letter was a refreshing and welcome change.
The applicant had taken early retirement and was looking for something part time to keep him busy.
I showed the letter to Chef.We both thought he sounded promising.Maybe someone with old fashioned values, a good work ethic-someone that might stick around for a while not just until the travelling around Asia fund had hit target..
I organised an interview.
Anyway I was full of expectation after he left the interview, he was personable and seemed pretty darned normal.
Past experience has taught me to always arrange a trial shift before offering work,I can't tell you how many times I've offered someone work, put them on the rota only for them not to turn up on the day.
So the trial shift was arranged.

An hour after he left the interview he returned with another delightful Basildon Bond envelope.
My heart sang.


I beamed in anticipation of what must surely be a lovely thankyou card!
He left with a cheery wave and a 'See you soon'
No.Such Bloody.Luck.
It was a list of dates he couldn't work between now and mid November.
'Only six weekends, excluding two weeks in October when I can't work at all'
Eight weekends in a period of not many more weekends..
WHAT AM I GOING TO DO? IVE ALREADY OFFERED HIM A TRIAL?


A colleague who is far more measured and less emotional than myself suggested I ring him and say: Unfortunately due to the amount of dates for which you already have prior commitments we can't offer any work, however you are more than welcome to come along for the trial shift, get a feel for the place and maybe get back in touch in the New Year when you have less going on'
So that's what I did, fully expecting him to just say oh well I'll just leave it for now.
But no.
He intended coming for the trial anyway.
SO last night just before six he arrived.We already had a few tables in I wouldn't say it was busy but ticking over quite nicely for a midweek night with several tables in and a good crowd of locals in the bar.
I was taking an order when I saw him come in so I raised my eyebrows and nodded at him to acknowledge I'd seen him then continued with taking the order.
By the time I'd checked the order on and returned he was standing in front of the bar with a HALF PINT OF ALE IN HIS HAND.
And reader, he was supping it!!!
WTF?
I headed over and avoiding being overly forthright with my outright disgust of his modus operandi on the occasion of a trial shift when any god damn fool knows OBVIOUSLY drinking alcohol would not be in keeping with the REQUIRED STANDARD, I copped out and pretended I hadn't seen the offending bev and went ahead and introduced him to the bartender for the evening, who thankfully was the aforementioned measured and calm individual, who I assured him would 'show him the ropes'.
I went back to the floor.
The redhead steamed over:
'BIFF WHO IS THAT MAN BEHIND THE BAR?'
'He's here for a trial- I hope you're not being agist Redhead...'
She briefly flushed a similar hue to her own hair then replied:
'no no not at all its just I asked him if he was here for the trial and he said no MORE OF AN INTRODUCTION I'll BE STARTING IN THE NEW YEAR'
Will he indeed.
After a further five minutes passed I glanced up again and was stunned to notice our prospective employee once again at the front of the bar craicing on with the locals, looking like he was a piece of the furniture if you will and THIS TIME with a FULL PINT OF ALE in his hand.
WTAF?
He thinks he's some sort of romantic embodiment of a Mine Host from the 1950s who props up the end of the bar and pulls the occasional pint..or worse still one of those well known within the industry sorts who think they'll run a country pub when they retire!!!
I steamed over.
'Is everything alright here?'(as we all know this is industry speak for the multi purpose phrase 'what the fuck  do you think you are doing?)
'Yes' he replied 'I've just had a five minute Idiots Guide to the bar and I think I've got everything now, your bartender is a great teacher''
I'd say a more a fucking miracle worker if she's managed to teach him everything he needs to know in five minutes...
'Really?' (in as diplomatic a voice as I could muster given the circumstances) 'theres a lot more to this than meets the eye  you know'
He smiled a self satisfied smile, shrugged his shoulders and with a slight swagger replied:

'YOU PULL THE HANDLE FORWARD AND THE BEER COMES OUT'

I was fizzing.Our very calm and non emotional bartender who in her own words 'was rendered speechless' later informed me that he had INVITED HER TO JOIN HIM IN A DRINK !! 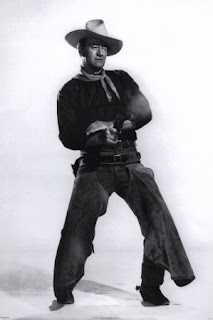